Torre de la Horadada is a beautiful little Spanish village located between San Pedro del Pinatar and the Campoamor and is located near the beach. On the Torre de la Horadada is a small marina and an outpost of the Guardia Civil. It is the southernmost town on the Costa Blanca. This area is becoming increasingly popular due to its Spanish traditions and its location near the Mar Menor on the Costa Calida province of Murcia. The Mar Menor is the largest seawater lake in Europe. La Manga del Mar Menor is a narrow strip of land with a length of 22 km and a width of up to 1.5 km. This strip of land actually closes this inland sea from the open water. Definitely worth a visit. La Manga lies between two nature reserves: Parque Regional de las Salinas and Arenales de San Pedro on the north side and Salinas de Marchamalo and Las Amoladeras in the south. 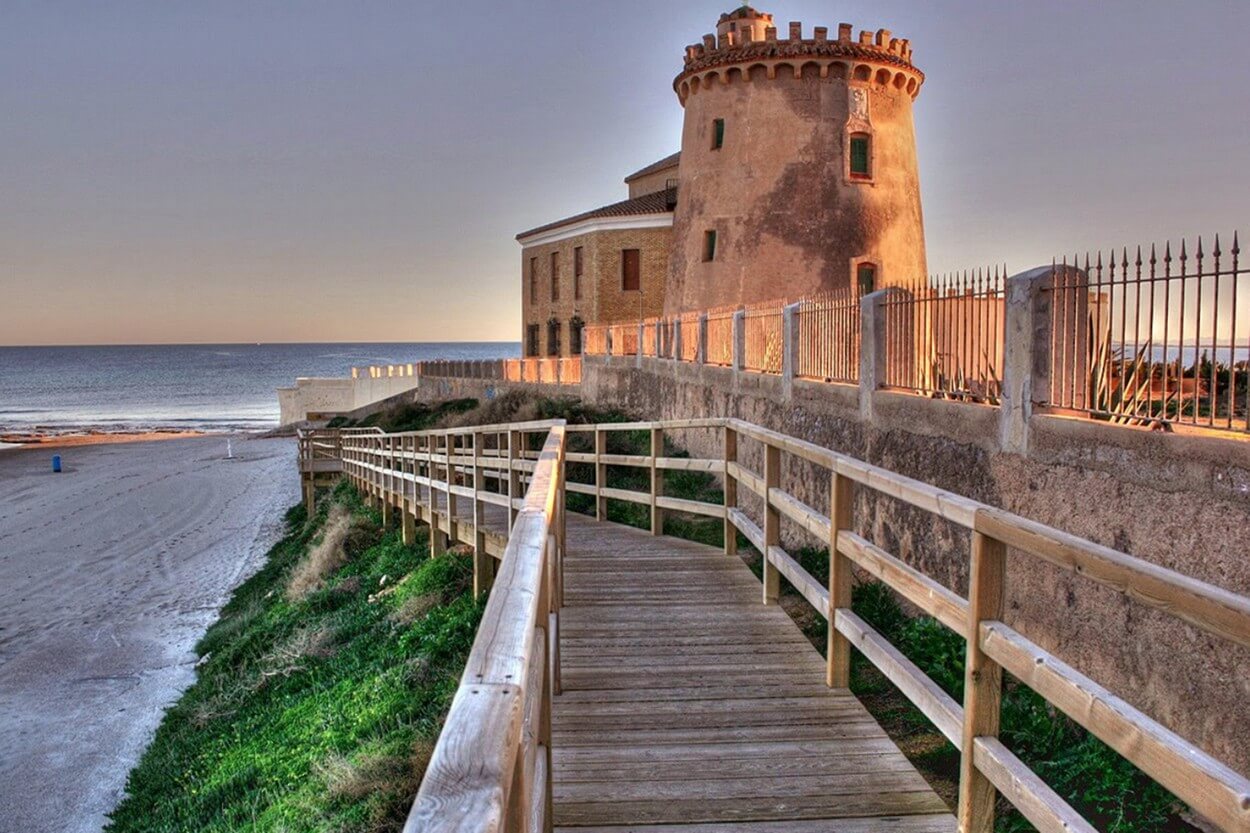