When you walk quietly on the famous Paseo de la Explanada, one of the most beautiful beach promenades in Spain, you can look out over the sea. The Old City (Casco Antiguo) is relatively small. She is wedged between the Rambla, a boulevard in the place of the former city wall, and the hill on which the Castle of Santa Barbara is located. Most of the monuments can be found in the Old City. The old Santa Cruz neighborhood. This is a set of narrow streets with steps, built against the slopes of Monte Benacantil. The picturesque streets are surrounded by white houses richly decorated with flowers and decorated tiles. Part of this district has recently been refurbished very nicely. We find here the picturesque Hermitage of the Holy Cross (Ermita Santa Cruz). 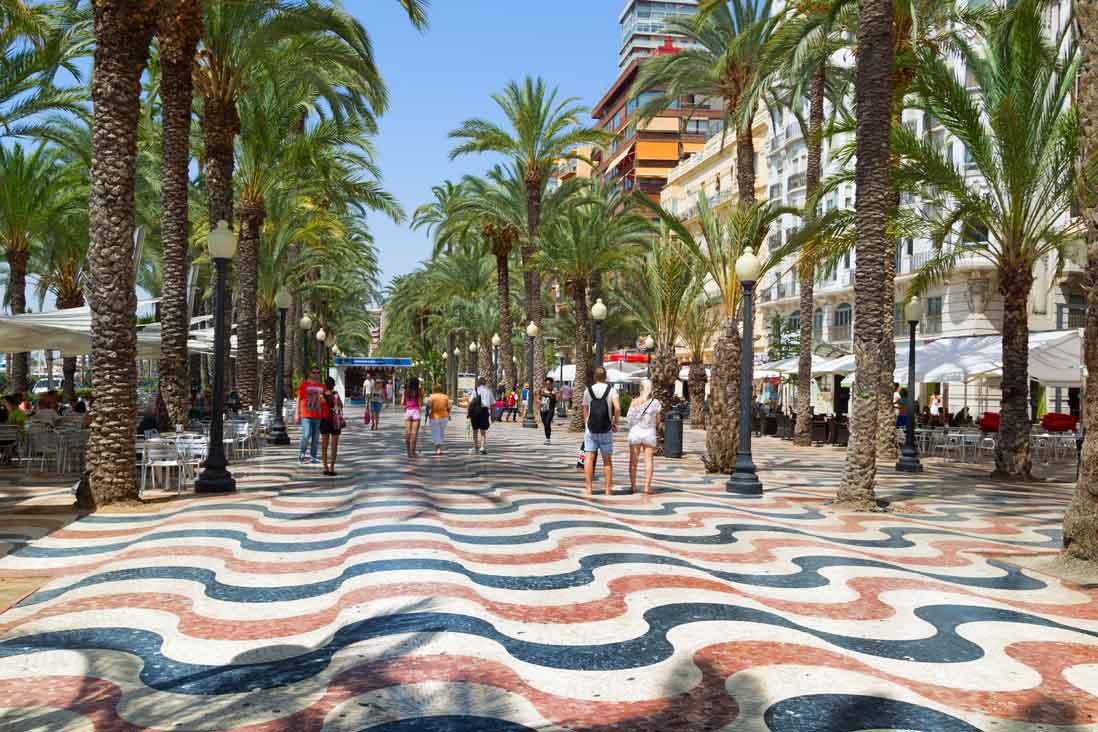 The Santa Barbara Castle (Castillo de Santa Bárbara) is a complex of buildings and defensive walls on a 166 meter high hill, the Monte Benacantil, which towers high above the city. This place was already used in prehistoric times. They have found relics from the Bronze Age, the Celto-Iberian culture and the Roman period. The forerunner of the current fortress was built by the Moors at the end of the 9th century. The oldest parts of the current fortress date from the 11th to 13th century. It was further expanded at the time of King Philip II of Spain, between 1562 and 1580. Further renovations and extensions followed until the 18th century. It is one of the largest castle complexes in the Mediterranean. Nowadays the castle is freely accessible. A park has been laid out on the slope of the hill, the Parque de la Ereta, and gardens have also been created in the castle area itself. In addition, there are some terraces and kiosks, exhibition spaces for contemporary art, and a reception room. One can walk through the park or over the fortress wall to the castle. Further along the N-332 we pass San Juan and El Campello. Then we arrive in Villajoyosa, 32 km from Alicante. Villajoyosa has a long maritime tradition and a famous chocolate industry. The Amadorio River flows through Villajoyosa. Villajoyosa has 3.5 km of beach. We drive a bit further and see Benidorm already lying down. 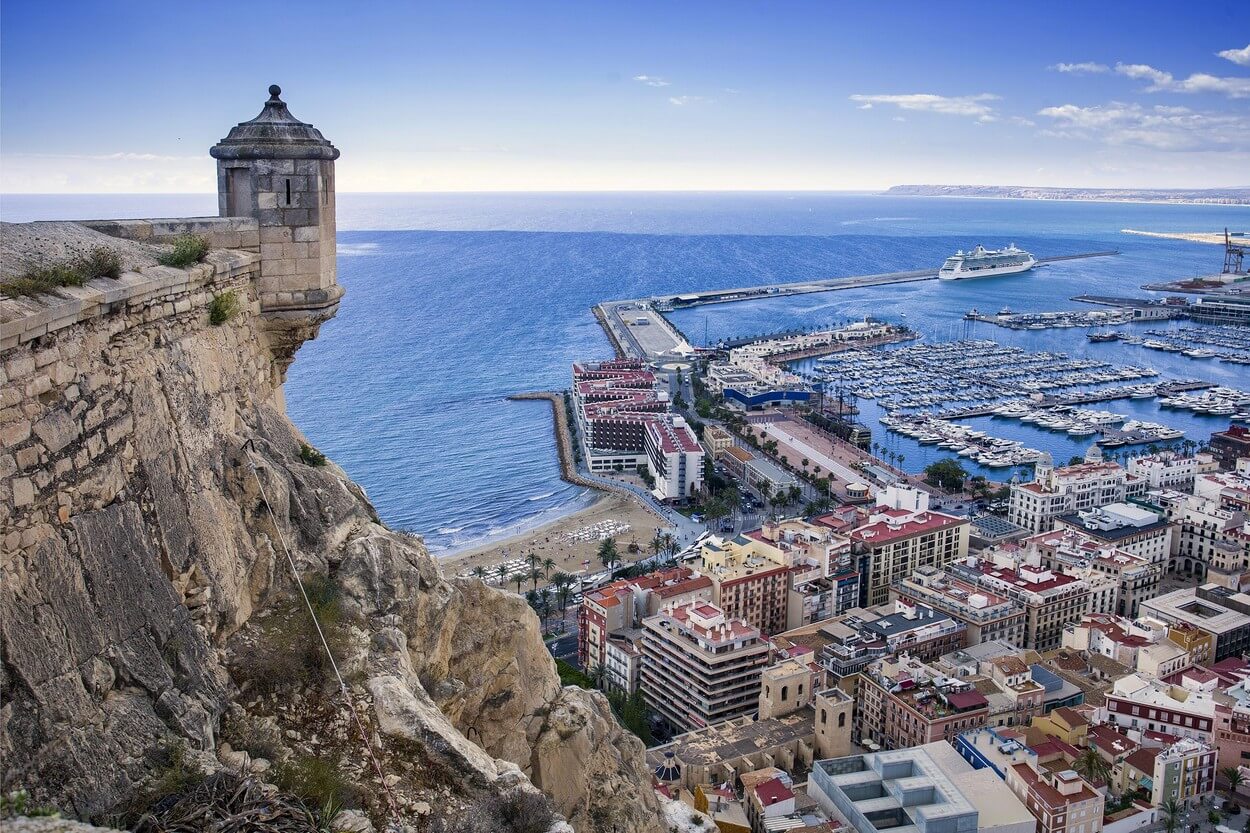